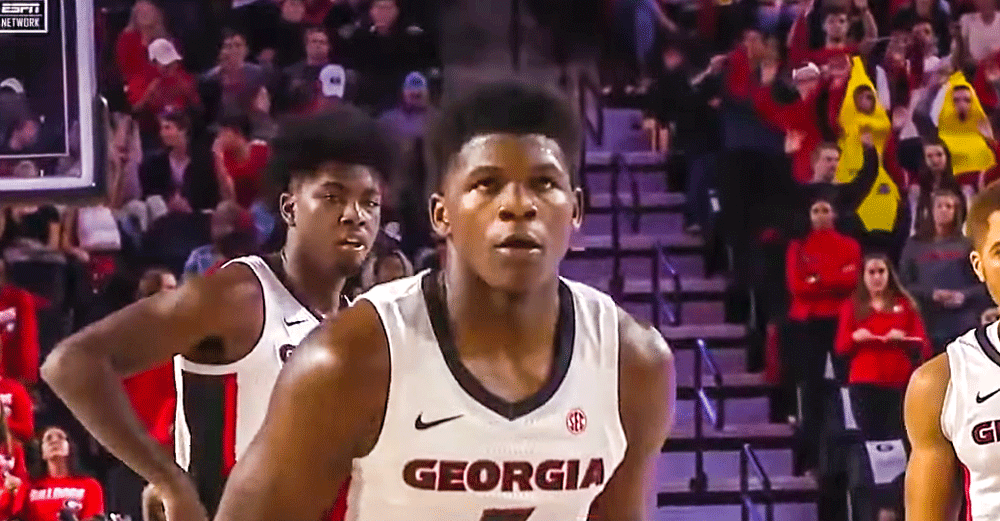 When Anthony Edwards, a gifted 18-year-old college basketball player, decided to stay in his hometown of Atlanta and play for Georgia’s Bulldogs, the news created a lot of stir.

Anthony Edwards, born in 2001, earned USA Today All-USA First Team honors playing on the shooting guard position. He is also rated as a five-star recruit in the 2020 NBA draft. The public was confused with Edward’s decision to stay at home and play for Georgia’s Bulldogs since he had also been given the opportunity to join stellar teams such as North Carolina, Kentucky, Florida State, and Kansas.

Georgia is 9th on the list of states by the number of players they provided the NBA league with. There are multiple NBA All-Stars and around twenty players who are currently in the league coming from Georgia, but none of them chose the University of Georgia basketball team. Although unusual, Edward’s decision has given people hope that this fantastic player will set an example for future young basketball hopes of Georgia to follow in his footsteps.

With a shooting guard of Edwards’ caliber on the college team, things are looking up for the Georgia basketball scene.

Georgia’s much more dominant football scene stole the thunder from Edwards’ debut for the Bulldogs. This McDonald’s All-American player scored twenty-four points for his team against Western Carolina but unfortunately got no deserved media coverage.

Many experts compare this eighteen-year old’s explosiveness and shooting touch to that of the grown-up, multi-talented James Harden. By drafting a player as talented as Edwards, Tom Crean, the Georgia Bulldogs coach, has taken on a challenging assignment. He is well aware that all the key people in the league who are looking for talents are going to keep their eyes on his team now — and he embraces the challenge.

On the other hand, Crean is realistic and knows that there is a long way before the team can recover from winning just two conference games and losing their top player, Nick Claxton, to the NBA Draft. The public will carefully follow Edward’s development and performance. Crean assumes a great responsibility as a coach to ease Edwards’ transition into the big league. After all, the future players’ decisions to play for the University of Georgia will depend on how things play out in the Edwards’ case.

Although many see Anthony’s decision to join the Bulldogs college basketball team as a step back in his career, he disagrees. Edwards states that his choice came from a long process of deliberation and that he feels happy about making it. Furthermore, he said that he wanted to break the trend of talented, eminent players leaving their state to play for different colleges.

Abdur-Rahim, who played a significant role in recruiting Edwards to Georgia Bulldogs, thinks that his move will affect the future generations of Georgia’s high school players and inspire them to play for the home team.

There is a fear that within this team, Edward will not be able to display his full potential, but he is aware of it and accepts the risk.

At the end of the day, it is vital that the University of Georgia basketball team gets a unique chance to prove itself as a good enough playground and school for future NBA stars, now that it has a new talented player on the squad.